On January 20, 2020, elected leaders of the national US tenants’ union released a sweeping “Save Our Homes Platform” for the 2020 Elections, and denounced HUD’s proposed new rule to dismantle Fair Housing protections.

“On the eve of Dr. Martin Luther King Day, the Trump Administration has proposed a new rule to gut Fair Housing Protections and threaten tenants nationwide,” said Geraldine Collins, President of the NAHT Board who lives in senior housing on Manhattan’s Upper West Side. “HUD should be working to undo decades of federally-sponsored segregation in housing and neighborhoods, not make institutional racism worse. We demand that HUD withdraw this dangerous proposal.”

NAHT also released its Save Our Homes Platform for the 2020 Elections on MLK Day. In contrast to the Trump Administration’s policy to dismantle Fair Housing protections, NAHT calls for full implementation of the AFFH rule and support for a $200 billion Anti-Displacement Fund to remedy past discrimination. NAHT’s Platform also calls for:

· Universal Section 8 Vouchers for all low income renters who need them
· Full funding for Public and Section 8 Housing and $100 billion to rebuild Public Housing over 10 years
· $2.5 trillion to build 10 million affordable mixed income apartments over the next decade

Founded in 1991, NAHT is the national tenants union representing 1.2 million Section 8 families in privately-owned, HUD assisted multifamily housing. NAHT’s mission is to empower residents to save and improve their homes as affordable housing.

NAHT can connect interested media outlets with resident leaders and organizations across the US for local comments. Contact: Michael Kane, [email protected] 617-522-4523 or 617-233-1885. 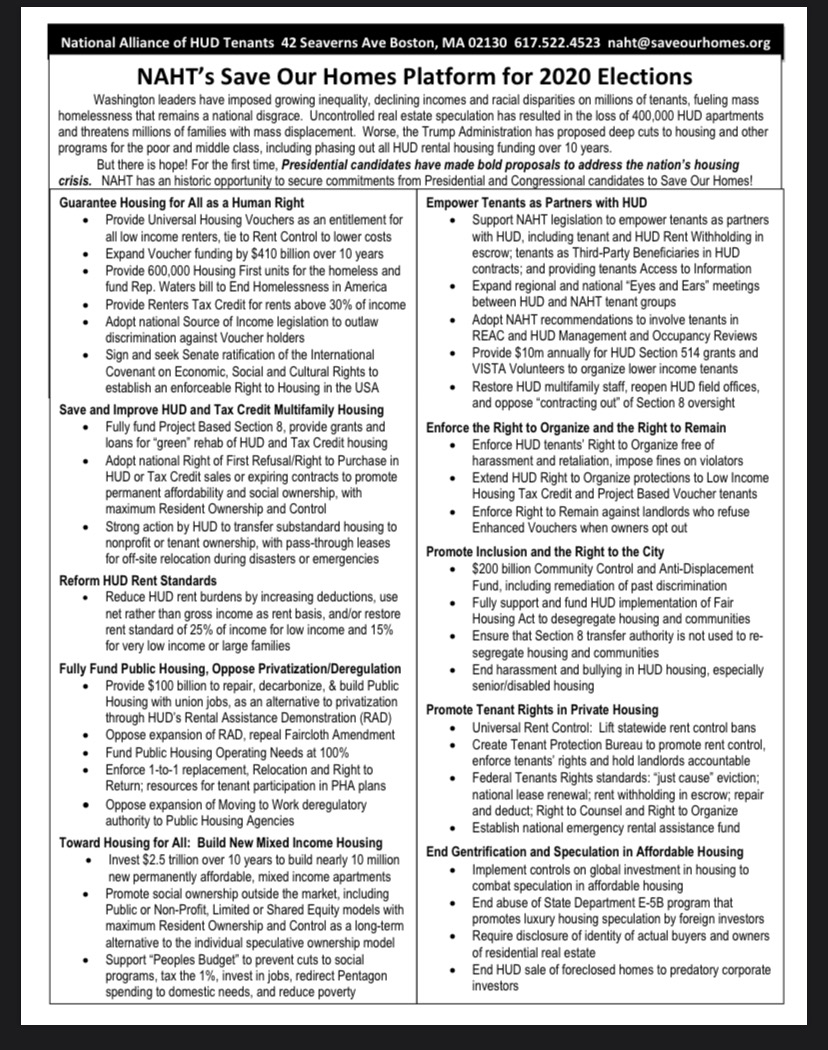 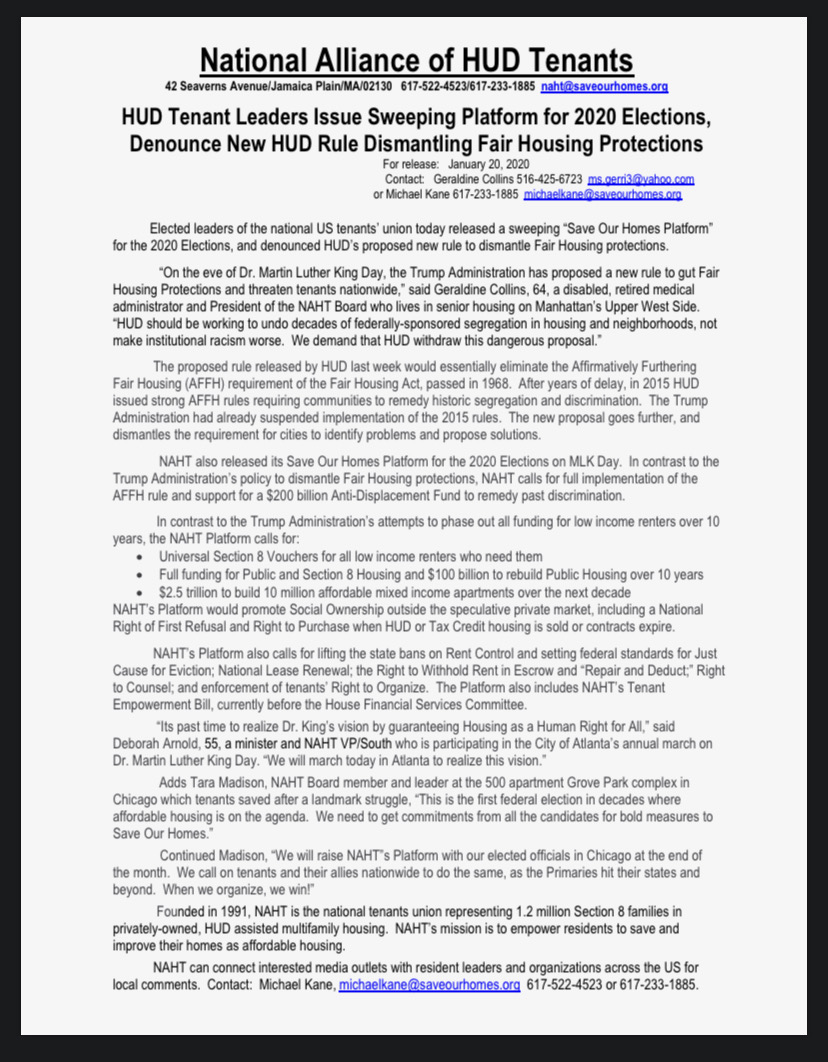