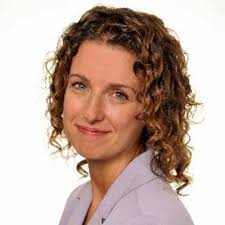 “NAHT Board members reacted with excitement and enthusiasm to reports that Diane Yentel is under consideration for HUD Secretary. What a perfect choice!”, said NAHT Board President Geraldine Collins, a tenant leader from senior housing in New York City.

Adds NAHT staffer Michael Kane, "At HUD, tenants would have an ally to  realize NAHT’s vision of tenants  to oversee HUD assisted housing.  In a word, Diane Yentel “gets it.”

The letter details the Yentel’s role in making housing a leading issue in this year’s election, for the first time in decades.  "Ms. Yentel has clearly earned her stature as a visionary leader of the US housing movement,” NAHT writes.

"She would be poised as HUD Secretary from Day One to implement President Biden’s housing agenda, and to help the Administration marshal the resources to truly tackle America’s multiple housing crises. We can think of no other person in the private or public sector better prepared to do this job”.

NAHT forwarded its letter last week to the Biden-Harris HUD Transition Team and Congressional allies. Check the letter out to see why she would be a great choice to run HUD.

You can join us using

Created with NationBuilder – Theme by Tectonica